Malubillai Wildlife Carers Network was borne out of several observations and needs identified by wildlife carers. To provide a service to Veterinary Clinics, by picking up Wildlife from them, and to implement a successful and somewhat different structure of rehabilitation.

The first meeting of Malubillai was called after discussion with various carers to consider the possibility of developing a new organisation which would encompass the care and fostering of injured, ill or orphaned wildlife, and at the same time build a network of carers, both experienced and inexperienced – with the view of helping the inexperience to gain the confidence and understanding to care for our wildlife.

The original group felt that a new organisation, with a fresh approach to the needs of our native wildlife, was needed and the enthusiasm for this concept has not changed.

At the first meeting coming up with a name, and one that reflected the Aboriginal language of this country, was a priority. As well as finding a suitable name, there were the usual items on how to generate funds, encourage the public to be more aware of the need of our wildlife, and the need to find some sort of premises from which to run this new group.

We eventually came up with 2 Aboriginal words, and because we liked both of them, it was agreed that we would put them together and make a new word.

and because we wanted to use a title which would reflect what we were doing – Wildlife Carers Network was added. We became incorporated later that year and finally we had:-

After a few hiccups we were given the premises at Garland Street, Victoria Park from which to run the administration side of our group. This was made possible by the Town of Victoria Park, who have always been very supportive of our organisation, we do not pay rent or any outgoings for the premises, and the only costs we incur are the day to day running e.g. phone, stationery, insurance premiums and office equipment. Although these aren’t hugely expensive, as a group which does not receive regular funding we will need to find the money to meet these costs.

As stated we do not receive direct/regular funding to assist us, but we apply to various agencies including Local Government and Lotterywest for funding. These have been successful, and has allowed Malubillai to expand with the use of up-to-date equipment.

Since Malubillai became incorporated in 2002 we have continued to become involved with the plight of our wildlife, our carers are a dedicated group, and all carers take it upon themselves to manage the wildlife in their care, within the boundaries of their own homes. This system and structure of Malubillai helps carers gain a vast knowledge of how best to assist the wildlife, with a view on how the rehabilitated animals can be released back into an environment, which can sustain them. These creatures are precious to all of us – whether it’s a tiny joey, one of the much maligned Ravens, or a cheeky baby Wattlebird, all of these animals play an important role in the building blocks required for a healthy environment and one that we should all enjoy and appreciate.

Malubillai membership is now well in excess of 120. These memberships include Carers, Volunteers and “Friends of Malubillai”.

Malubillai wildlife admissions have increased dramatically since the beginning of the Organisation, to the point where we would see over 2,000 creatures going through our care program annually.

Carers with Malubillai recognise that in order to obtain a successful release ratio, it is vital for the creatures to be release in a sustainable environment for each species. For this reason carers are members of various “Friends of Bushland” Organisations, in order to help with the care of the environment.

Our strength is in our “Home Care” structure. This enables carers to continually have hands on with the creatures, with medicating and specific treatments, liaising closely with vets during this time. Malubillai has a close relationship and an extremely strong support system with all the veterinary clinics we service. 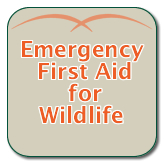